A Memoir of a Citizen Warrior

"Hard as it is to believe, one of the most significant stories of the post-9/11 age is also one of the least known, life at Gitmo, the detention facility for many of the world's worst terrorists. Few individuals are more qualified to tell this story than Montgomery Granger, a citizen soldier, family man, dedicated educator, and Army Reserve medical officer involved in one of the most intriguing military missions of our time. Saving Grace at Guantanamo Bay is about that historic experience, and it relates not only what it was like for Granger to live and work at Gitmo, but about the sacrifices made by him and his fellow Reservists serving around the world."
Andrew Carroll, editor of the New York Times bestsellers War Letters and Behind the Lines

Saving Grace at Guantanamo Bay, or "Gitmo: The Real Story," is a "good history of medical, security, and intelligence aspects of Gitmo; also, it will be valuable for anyone assigned to a Gitmo-like facility."
Jason Wetzel, Field Historian, Office of Army Reserve History


Then U.S. Army Reserve Captain Montgomery J. Granger found himself the ranking Army Medical Department officer wiht the Joint Detainee Operations Group (JDOG) on a joint mission like no other before it; taking care of terrorists and murderers just months after the horrors of September 11, 2001. Granger and his fellow Reservists end up running the JDOG at Guantanamo Bay's infamous Camp X-Ray. In this moving memoir, Granger writes about his feelings of guilt over leaving his two-day-old son, Theodore, his family and job back home.  While in Guantanamo, he faces myriad torturous emotions and self-doubt, at once hating the inmates he is nonetheless duty bound to care for and protect. Through long distance love, and much heartache, Granger finds a way to keep his sanity and dignity. Saving Grace at Guantanamo Bay is his story.

Montgomery J. Granger is a three-time mobilized U.S. Army Reserve Major (Ret.) who resides in Long Island, New York, with his wife and five children. Granger is the author of "Theodore," a personal narrative published in the 2006 Random House wartime anthology, "Operation Homecoming: Iraq, Afghanistan and the Home Front in the words of U.S. Troops and their Families."

I’d like to thank very much the Town of Brookhaven, and the Rocky Point VFW Post 6249, its Commander, Joe Cognitore, and especially Rich Acritelli, who invited me to become involved with helping out in getting this amazing memorial completed.  My role was very small, and I am grateful for the opportunity to contribute, but Rich’s role was very large, and I want you to know how proud I am of him and Joe, and everyone else who shed blood, sweat and tears to see this project through.
and seven years from now, our children’s children will come to this park to watch their grandchildren play or watch an event here, and they will pass by or linger at this monument and remember those whom we honor here today.  That is the most powerful thing we can do now, just a few days from the tenth anniversary of the events of ; establish and maintain a meaningful legacy for those who follow, so that they too, will “Never Forget.”
More people were killed on September 11, 2001, than on December 7, 1941, when the Imperial Japanese sneak-attacked Pearl Harbor and prompted the entry of the United States into World War II, or on June 6, 1944, when U.S. and allied forces stormed the beaches of Normandy to begin turning the tide in that war, which ultimately sealed our victory and saved the world for democracy.
How soon we forget, and how little we remember.  But if we can teach our children about the great evil of slavery, and the despicableness of the Holocaust, we can also teach our children about 9/11.  This memorial will prompt questions and curiosity from children of all ages, as they pass by or linger to see the names and ask why?  It is our challenge, the adults; officials, parents, survivors, and veterans like myself to articulate the meaning of this collection of brick, stone, and bronze.
Today, we have U.S. Army troops in 75 countries, CIA operatives in over 90 countries, and Diplomatic Security Service Agents in over 200 countries.  We are in a Global War on Terror.  And if you don’t like that name, then let’s say we are in a struggle against Islamist extremists who still very much want to kill us.
Osama bin Laden and Saddam Hussein may be dead, but this conflict was never about them as individuals, it has been about the same thing that inspired the Islamist extremist Barbary Pirates of the late 16th and early 17th Centuries; terror and fear as weapons of destruction, and not just of our material and flesh, but of our spirit and willingness to, in spite of the destruction and horror, continue our great experiment in democracy which promotes freedom, liberty, and justice for all.
We stand today because we stand together.  We succeed in our existence because we choose NOT to be chained to the fear and anxiety initiated on 9/11.  We continue, with heads held high, because of the ultimate sacrifices of those we remember on these plaques and stones and bricks today.
Thank you all for coming here today to share in this experience, but please know that because you are here today you carry not just the legacy, but the responsibility of telling others about this now sacred place, which hopes to flower and bloom as our freedom and liberty did on July 4, 1776, and in the days that followed 9/11/01.
God bless you all, and may God bless , and the 9/11 Memorial at Diamond in the Pines." 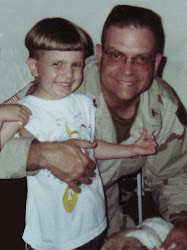 Just getting home to see Theodore, whom I left when he was 2 days old for deployment to Gitmo in 2002